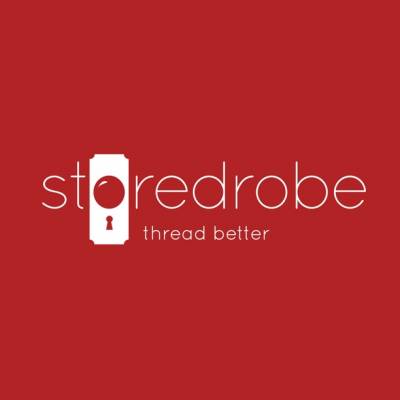 Nicholas Stees
Agency
We are proud to announce that Storedrobe, pitched by Nickel Communications Creative Director and Partner Lindsey Nickel and Sheena Koshy, was named the winner of the Glidea Pitch 2013. The Glide Interactive expert team will develop the app together w
Continue reading

Nicholas Stees
Agency
After a long night of perfecting their presentation Lindsey, Meghan, and Sheena Koshy, pitched their app Storedrobe in the Glidea Pitch Competition on Tuesday July 16th. Chosen as one of seven finalists, Storedrobe was only one of the many ideas pres
Continue reading

To Win the Battle, You Have to Compete 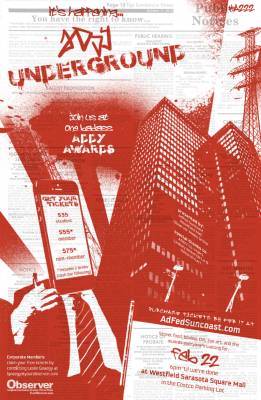 It’s that time of the year again and the team at Nickel Communications has played a big role in the promotion for the 2014 American Advertising Federation Suncoast ADDY Awards. This year, we’re taking the awards show underground with a street party experience like no other!

Street art and the underground scene inspired the look and feel of this year’s awards gala created by Nickel’s own designer, Giselle Salgado, in collaboration with Ringling College of Art + Design senior, Hiro Hubbard.

“Hiro created the initial look and feel,” says Salgado, “which was primarily inspired by street art, or graffiti.”

“I started by making a digital collage,” stated Hiro about the design, “Using high contrast images and graphic shapes, I created the scene of a world ruled by competing advertising entities.”

The awards are being held in a rather unconventional setting: Sarasota Square Mall’s abandoned movie theater and parking lot. One of the walls will feature Hiro’s graffiti, based on the design created by himself and Giselle.

“I brought the idea to life with spray paint at a much larger scale. It is always nice to get off the computer and actually paint something,” said Hiro.

Tickets are still on sale for the ADDYs at https://www.adfedsuncoast.com/events/2014/02/22/addys/addy-awards-gala/

Hole in One for Nickel Communications

The exclusive Founders Golf Club in Sarasota has recently named Nickel as its agency of record for marketing and strategic communications.

The Founders Club is a private, traditional Golf and Social Club Community that expresses and encourages communion with nature, camaraderie among neighbors, and connection to the timeless traditions of Scottish links golf.

Check back for PR and creative updates featuring the one-of-a-kind course and lifestyle amenities found only at The Founders Club.

Girls Inc. of Sarasota County proposed a challenge to Nickel Communications at the end of August: help the organization raise $150k to be matched in the month of September with a funny, eye-catching, social campaign.

We thought long and hard about what trends on social media outlets like Facebook, Instagram, and Twitter and found that “Selfies” and “fashion” are two of the most tagged and shared pieces of communication. What if we turned these into our method of communicating how to donate? 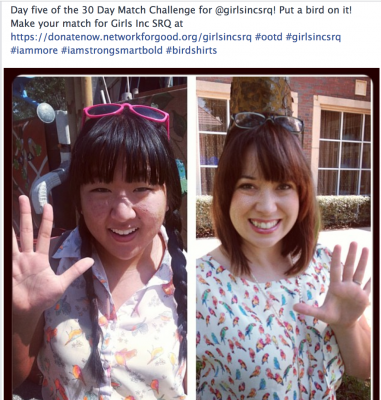 Our Creative Director, Lindsey Nickel-de La O, and previous intern, Meghan Cole, decided to undertake a “30-Day Match Challenge”. Every day for the entire month of September, the two matched their outfits and posted selfies on Facebook and Instagram. The social media posts tied together clothing, friendship, and matching in a strong, smart and bold way, along with a link to donate to Girls Inc. of Sarasota County. We created hashtags for the #30daymatchchallenge, like #IamMore and #GirlsIncSrq, we also used popular hashtags for more exposure like #ootd.

As part of our social campaign, we created a video announcing the match that was shared by Girls Inc., the Sarasota Community Foundation, the Giving Partner and Network for Good among others.

We designed a logo to go on donation jar and point-of-purchase promotions that went out in businesses across Sarasota County. 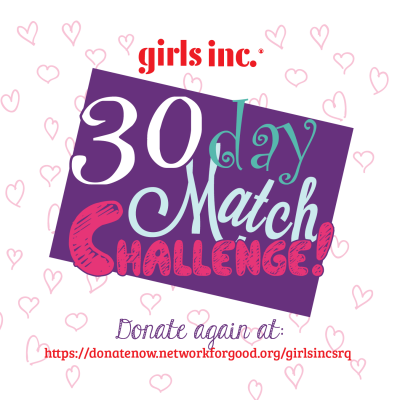 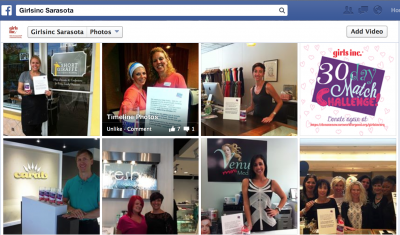 Girls Inc. — Behind the Scenes of ‘I Am More’

This past September, the Nickel Communications team took a dive into stop motion for the launch of the ‘I Am More’ campaign for Girls Inc. of Sarasota County. Instead of blowing stuff up for an action packed girl-power spot, the commercial blossomed from a song our very own Lindsey Nickel-de la O, creative director and partner at Nickel, wrote and recorded, titled “I Am More”. The song can be downloaded on iTunes, with all proceeds benefiting Girls Inc. of Sarasota.

The whole campaign stemmed from the tagline “I am more than a number”, which came from a realization during our research that at some point in a woman’s life she becomes ashamed of herself or questions her value because of a number; her weight, her age, her income, her test score or the size of her jeans. We realized that women in every generation, of every size and every weight believed that they would be “more” if they were less.

Part of our campaign for Girls Inc. included a 10-week summer camp program that encourages girls to love the way they look, identify what makes them unique and to focus on a healthy mind and body. Kay Mathers, Girls Inc. director of community relations, thought Lindsey’s song lent itself to beautiful imagery and whimsical spirit, which can be used to bring awareness to the “I AM More” summer camp offered by Girls Inc. Sarasota County.

After shortening Lindsey’s song to 30-seconds and writing a story to accompany it, we had to storyboard every moment… at 8 frames per second. Brad Bryan, of BRAD!BRYAN Multimedia Inc., helped us plan each movement that could be broken down into a measurable quantity by using a grid.

“Although we are a relatively smaller market,” said Lindsey about the campaign, “our objective was to create a national-worthy campaign. Our hope is that if it’s successful here, it will be picked up by Girls Inc. [chapters] across the country… This campaign is really about celebrating who you are.”

We are proud to announce that Storedrobe, pitched by Nickel Communications Creative Director and Partner Lindsey Nickel and Sheena Koshy, was named the winner of the Glidea Pitch 2013. The Glide Interactive expert team will develop the app together with Lindsey and Sheena for free, and ten percent of revenue will be donated to a charity agreed upon by all parties. Storedrobe will be the first app incubated and launched through the Creative Cultivation Project, the innovation arm of Nickel Communications.

“Glidea Pitch has been an awesome experience,” said Lindsey. “We are excited to partner with Glide Interactive in bringing Storedrobe to market!”

Storedrobe is the brainchild of Lindsey Nickel, Travis Miller, Austin Allbritton and Sheena Koshy created while working on StartupBus Southeast. Storedrobe hopes to answer the age old question – I am looking at a closet full of clothes, why do I have nothing to wear? Storedrobe allows users to track their wardrobe, match it to future purchases, and get advice from style mavens. The app takes the guesswork out of looking great.

“We envision a social component to this app that would make it truly unique,” said Sheena. “This would allow users the option to not just carry around a virtual wardrobe, but also their own circle of virtual stylists.” 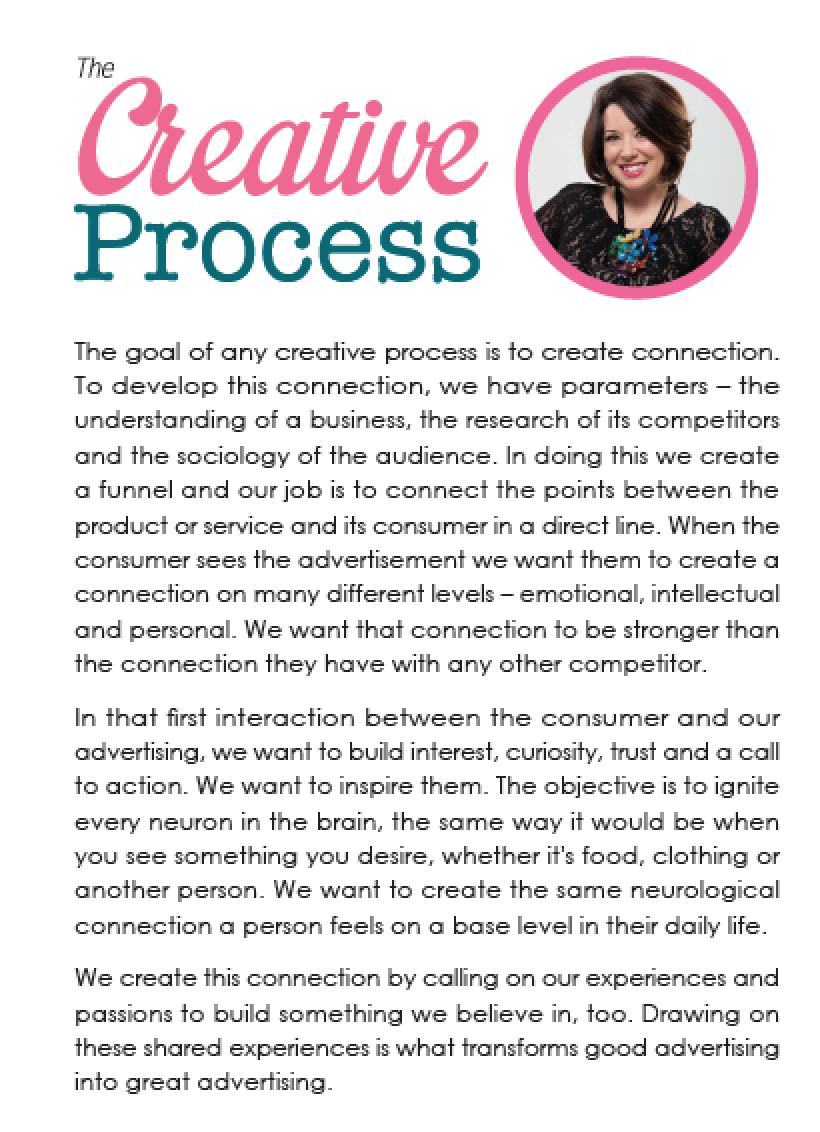 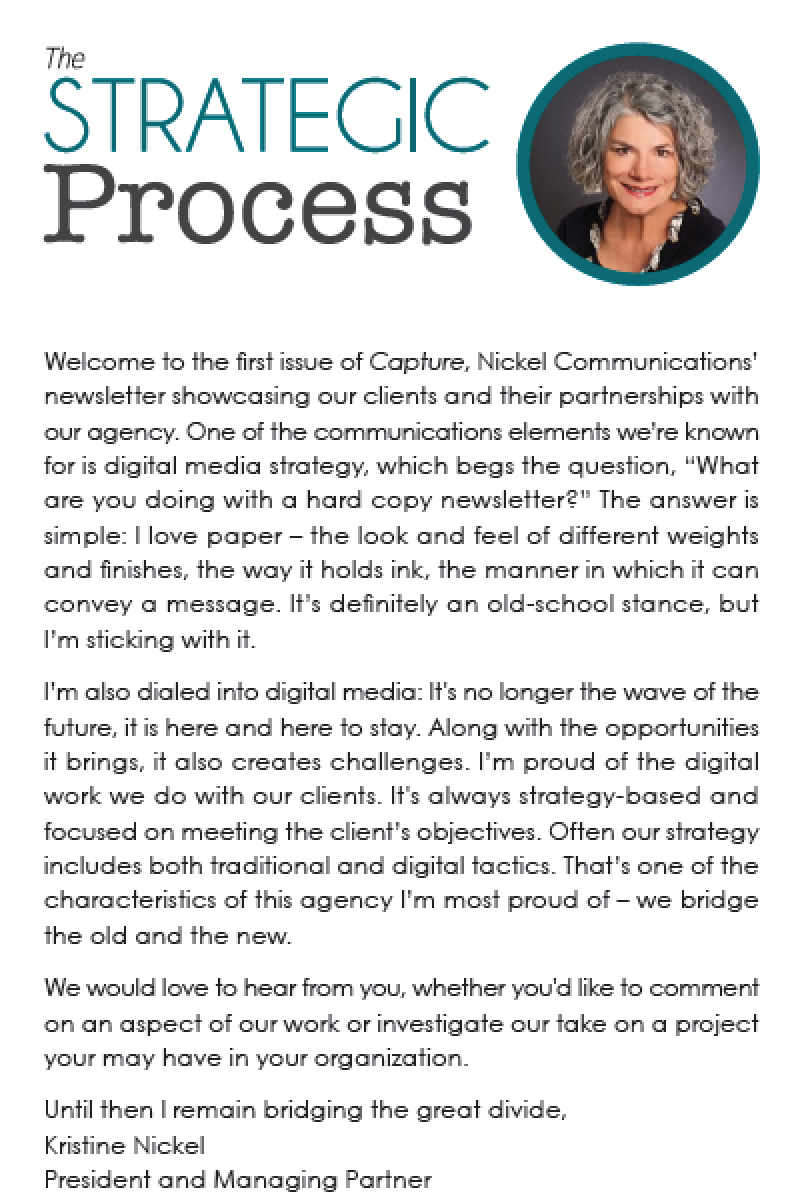